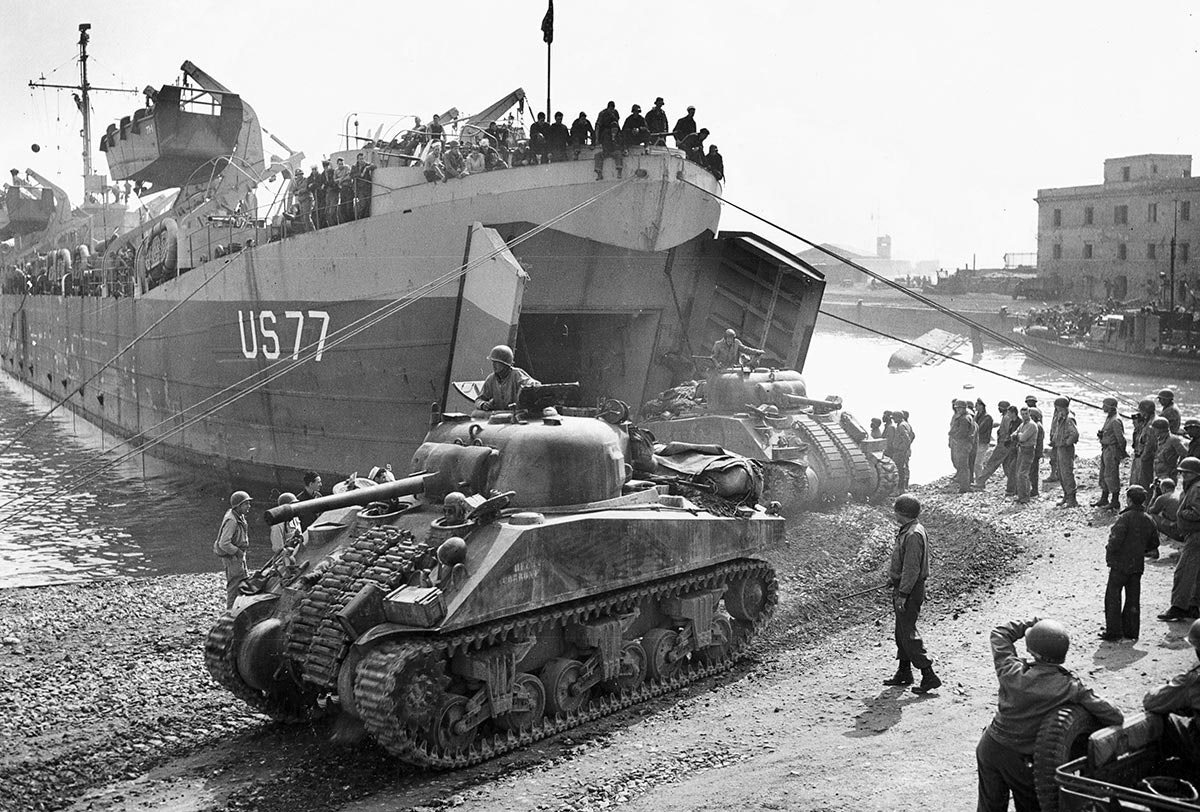 Small Power, Big Story. The City of Paris is one of the Kentucky Municipal Energy Agency’s (KYMEA) 11 member communities and one of our power suppliers. While their diesel engine power plant provides a relatively small amount of energy to our overall portfolio of coal, solar, natural gas, and hydroelectric, the plant has a big story to tell.

Their diesel generation power plant and distribution system began operation in 1933 and started with two Fairbanks-Morse 525 HP diesel generating units and a third (1050 HP) unit added in 1934. Additional units were added over the years with a total of seven units now in operation. Some of the units were dual fuel (gas/diesel) but now the generation is powered by diesel.

The #5 unit was the only generator used during World War II as a propulsion unit on a Navy Landing Ship Tank (LST) vessel. After being decommissioned, the engine for this Navy ship was sent back to the Fairbanks-Morse factory and reconditioned for use as a generating unit and was purchased by the City of Paris in 1949 for use in the municipal power plant. All other units were purchased new from Fairbanks-Morse Company.

A History of the Navy’s Landing Ship Tank

The Landing Ship Tank was an ocean-going ship capable of shore to shore delivery of tanks, amphibious assault vehicles, and troops.

The LST program was developed in response to a need for armored infantry divisions for invasions by sea. England’s failed invasion at Dunkirk prompted Prime Minister Winston Churchill to request that the United States design a ship that was large enough to traverse an ocean, but with provisions to quickly and efficiently unload armored vehicles and personnel on an unimproved beach. The resulting ship design proved to be among the most successful in Naval history.

The ships were designed with an innovative ballast system which allowed the flat-bottomed ships to sit lower in the water during ocean transit for seaworthiness. By pumping the ballast tanks dry allowed the ship to rise to facilitate shallow-draft landing operations. The ballast system was adapted from the techniques used by fleet submarines.

The design for the first LST was submitted by John C. Niedermair in November of 1941. The sketch he made became the design for more than 1,000 LSTs. After a few alterations, the final length was 328 ft., a 50 ft. beam, and a draft of 3 ft. 9½ in. The ship was able to ride higher in the water when in landing trim.

LSTs were a high priority during the war, the second-largest shipbuilding initiative in the history of mankind. Before the tests were completed on the LST, construction had already commenced. The LST was built in a variety of “Cornfield Navy” shipyards, in unlikely locales: Seneca, Ill.; Evansville and Jeffersonville, Ind.; and Pittsburgh and Ambridge, Penn. The Navy was forced to modify bridges, through a “Ferry Command,” to bring the LSTs to the oceans. About 670 LSTs were constructed inland.

Many other LSTs were built in existing Navy yards. In total, 18 shipyards produced more than 1,000 LSTs in three years, a remarkable feat by any reckoning.